Easter - over an hour

On a Street in Jerusalem


Judith, a middle-aged widow, makes her livelihood by selling funeral spices and shrouds in front of her home just blocks from the temple. She is an unfriendly and unlikeable woman who mysteriously rejects Jesus and his teachings. Although her visiting cousin, Simon, and her neighbor and friend, Leah, both accept Jesus, Judith does not. Even after she witnesses Jesus heal a blind man and later sees Him struggle past her house carrying the cross, Judith rejects Him. It's not until Jesus confronts her after His resurrection and reveals her deepest hurts does she...


What happened immediately after Jesus’ death and resurrection? What was the crucifixion like for the townspeople? Set in a run-down tavern on Good Friday through Easter Sunday, we see how five different people were affected: a barmaid, the widow of one of the accused, the soldier who pronounced Jesus dead, Barabbas, and a young teen. Rage, guilt, confusion, regret and doubt—their feelings are overpowering. But at some point, will these emotions lead to understanding, peace and even belief?

Before Abraham Was, I Am


After the crucifixion, believers and nonbelievers were filled with doubt. Followers asked how Jesus could leave, even after promising that He would not? Nonbelievers questioned themselves— what if they did kill the Christ? Yet among the chaos and grief Christ came to them and comforted them. He continued to teach about faith and trust. With the ascension, for those who would witness and believe, the Holy Spirit would come upon them, marking the beginning of Christianity. Hallelujah! The cross is empty. Jesus lives. This Biblically inspired play runs about 90 ...


Jacob is a decent family man trying to earn a living as a guard at the temple in Jerusalem. But his life becomes complicated by the maverick preacher, Jesus. First Jacob finds his roof damaged after a crowd lowered a crippled man down into Jacob's home where his wife Miriam and daughter Deborah had arranged for Jesus to visit--unbeknown to Jacob. He forbids Jesus in his home again, but that doesn't stop Miriam and Deborah from following Jesus. Their participation is damaging Jacob's career prospects as his bosses are trying to keep this Jesus under control. W...

From Death's Door to Heaven's Gate


Five college students from various backgrounds are meeting just before Easter break to discuss a special project for graduation. All are very talented, but quite different from each other. There's Kirk, the athlete who's comfortable in his Christianity; Logan, the cynical "get-by" Christian; Catilin, the sorority girl who wears her Christianity like jewelry; Julie, the silent Christian; and finally Shelley, an agnostic who wonders if all Christians are like the ones she knows. It seems like nothing will make these students understand one another better until ...

Once More With Passion


Rick Hampton, an actor, gets a part as a Roman soldier in his hometown’s professionally produced Passion Play. As Rick works hard to learn his lines, he’s also trying to navigate his personal life which is in turmoil. Recently separated, he’s temporarily staying with his mother, who exemplifies so many Christian virtues, including also giving temporary shelter to Karen, Rick’s estranged wife. When Rick is asked to take on the role of Jesus, which includes a dramatic, stylized crucifixion scene, questions begin to arise for him and he’s forced to take a good l...


The Easter story is retold through many different viewpoints in this fascinating contemporary courtroom drama. It places three of the Passion narrative's characters on trial for their role in the crucifixion of Christ: Judas Iscariot, who betrayed Jesus; Caiaphus, the Jewish High Priest who presided over Jesus' trial; and Pontius Pilate, the Roman Governor who sentenced Jesus to death. The prosecution calls on their witnesses: a person who represent Matthew, writer of the first gospel, as well people to represent Mark and John. Through questioning, each tells...

Gather Up the Fragments


To Grandma Molly, Easter means a time of rejoicing and for her fullest joy, Molly needs her children about her in worship at church. But she finds that isn't easy. She grieves over her daughter's lack of interest, the unbelief of her son-in-law, and the worries of her son and daughter-in-law over their teenagers. Allen, a widower, is understanding for he has "crumbling walls" in his family too. Together, Molly and Allen gather up the fragments and go on, for nothing can completely spoil Easter, the time of the empty tomb. About 90 minutes.

Thunder Over the House


The story of a physician who loses his respect and self-confidence in the face of Jesus' great healing powers. Embittered, the doctor strikes Jesus at His trial. Soon he finds his arm limp and lifeless. Although his family begs him to go to the cross while Jesus still lives, the physician refuses until, with thunder crashing over the house, his wife declares, "Now it is too late." Later, when the physician and his family learn that Jesus has risen, they realize it is never too late to seek forgiveness and be healed through prayer. About 60 minutes.

Lily and the Rue


The confusion, tension, and gradual strengthening of faith and love between Mary, Martha, and other followers just before Jesus' crucifixion is brought to light in this deeply moving play. Mary, the gentle dreamer who can foresee future events, is like the lily, beautiful and serene, filling us with awe at God's power. She is just the opposite of Martha, the strong one, like a rue, pungent, flavoring food and medicine, supporting and enhancing life around her. How Jesus gently and surely changes their lives as well as the lives of Hannah, Rachel, Judith, Rebe...


This powerful “what might have happened” drama takes place in the palace and garden of Pontius Pilate during the last weeks in the life of Christ. Pilate appoints Claudia to spy on the activities of the magician Joshua ben Jusef (Jesus) in order to determine the danger of rioting. While Jesus never appears in the play, He evokes changes in the characters: the guilt-ridden Claudia finds the ability to forgive and the meaning of charity Pilate moves from indifference to questioning and Yarma, the maid, from haughtiness to humility Caiphas, the High Priest, from...


The most authentic Easter story comes directly from the Holy Bible. To include all of the key events of the story, however, requires a careful merging of the separate accounts found in the four gospels, Matthew, Mark, Luke, and John. The writer, using the King James version, has performed this merger beautifully, taking pains to preserve the purity of the scriptural accounts. Included in this resource book are two different texts suitable for presentation during the Easter season, or at other times as well. The first part, entitled Actor Script, is about half...


A thief and rebel, Barabbas dreams of leading a free Judea. He is captured and sentenced to die, but on the eve of his execution, he is reprieved and a rabbi, Jesus, dies instead. Barabbas is pleased about this until rumors start that the dead rabbi has risen and is now very much alive. Jealous and resentful, Barabbas plots to expose the resurrection as a fraud, thus regaining his own position as leader, but his plot goes awry when he himself comes face to face with the living, breathing Jesus. Few Easter plays are written from Barabbas’ point of view, much l...

Seven Steps to the Cross 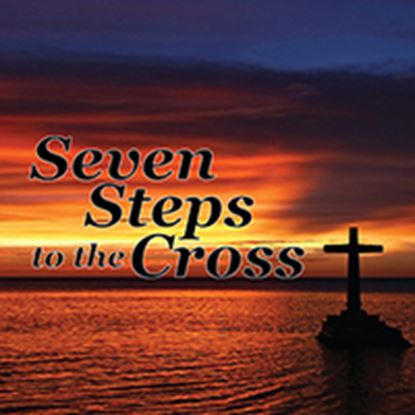 
Lent and Easter come alive with these seven dramatic portrayals, each 10 to 15 minutes long. These portrayals can be performed sequentially to form an entire program, or select ones can be performed singly to enhance a worship service. The dramas follow the events as they actually happened, beginning with John at midnight after the Last Supper, and ending with Barabbas some thirty years after the crucifixion of Jesus. Other portrayals are the voices of Judas, Peter, Caiaphas, Mary the mother of Jesus, and Mary Magdalene. The monologues are as historically acc...


Thirty-three years ago, a group of six soldiers, under orders from Herod the Great, entered Bethlehem. When they left, seventeen small boys were dead. One of the fathers, Simeon, tried for revenge, killed three of the soldiers, and has languished, forgotten, in prison since. Now, the last living soldier, Jeremiah, is a powerful judge in Jerusalem. His enemies want rid of him, and when they learn of Simeon, it seems the perfect solution to their problem. They release Simeon and send him after Jeremiah. Meanwhile, Jeremiah's teenage son, Reuben, wants to follow...